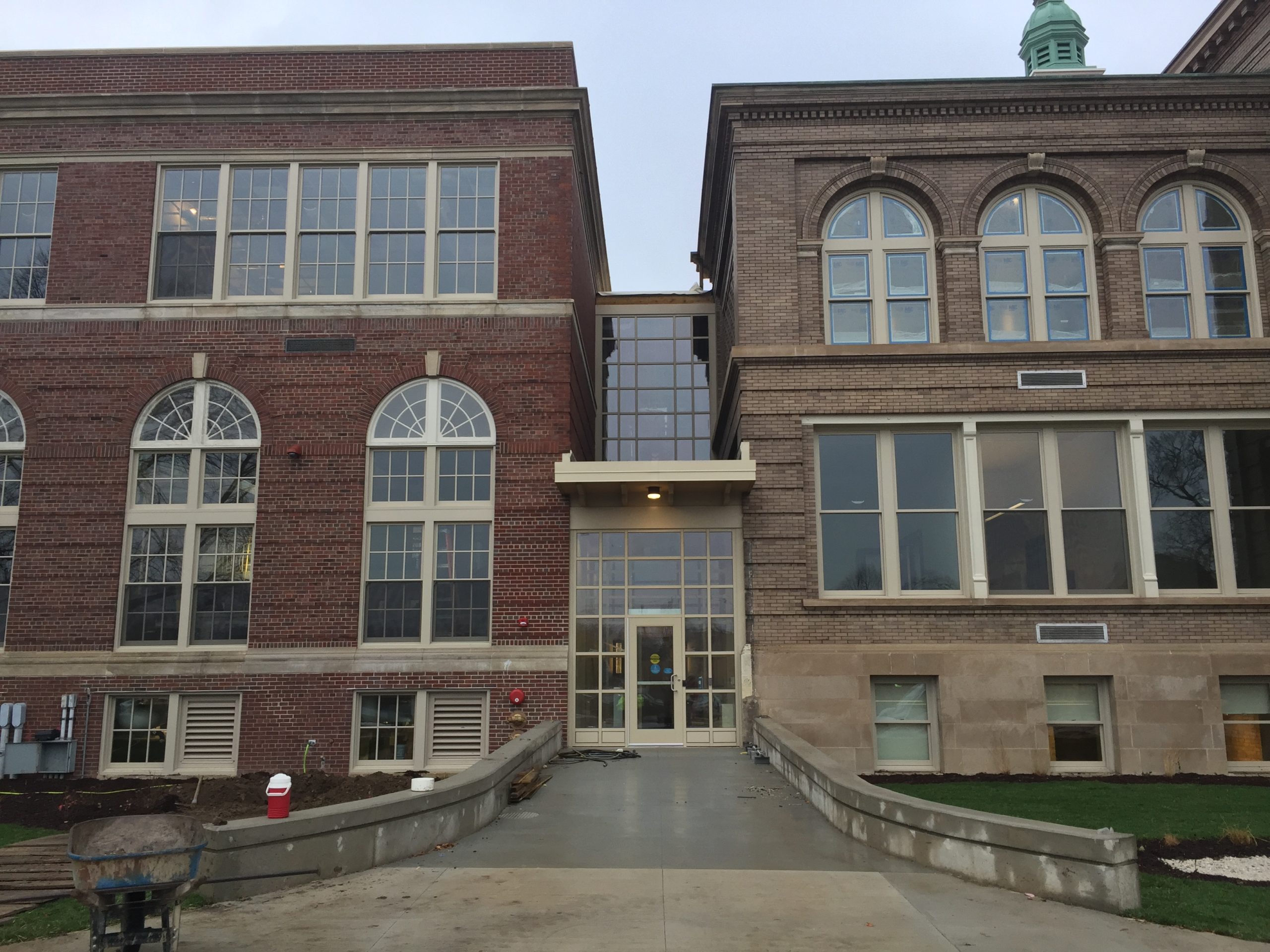 This noteworthy project, located on the former Concordia College campus in Milwaukee, required LaForce to provide metal doors, frames, and hardware that seamlessly matched an old building’s historical design. In addition, our Architectural Services team worked closely with the architect and contractor to write specifications that fulfilled preservation requirements. This has allowed the campus’ trustees to honor the past while preparing for the Forest County Potawatomi Community’s future!
The Forest County Potawatomi Community has been using various parts of the Concordia campus, which dates back to 1898, since 1986. With the campus just under 120 years old, some of the buildings are in desperate need of renovation and improvements.

But now, thanks to the Potawatomi Business Development Corporation (PBDC) and the Forest County Potawatomi community, a $30 million re-development project is underway. The first phase to the project centers on two buildings (Albrecht Hall and Rincker Library) which have been combined into one structure. This is known as Wgetthta Building, and is also where LaForce enters the project timeline.

Shawn first provided a site survey to examine the existing doors and hardware, to determine if any existing hardware could be salvaged. He determined that the existing hardware had reached the end of its life and required a full replacement. The challenge was to match the interior door hardware with the re-purposed wood doors, which meant that LaForce had to find modern hardware with an antique appearance. Once the new hardware was chosen, Shawn provided Quorum and Greenfire with a full hardware specification.

Mike Husting (LaForce Building Consultant) and Tony Ledvina (LaForce Project Manager) supplied the door, frame, and hardware elements. They worked with Greenfire to meet the project schedule and provide coordination for the various hardware components and the installation contractor.

The tribe will utilize the finished building as office space, bringing various tribal departments under one roof for increased collaboration, and a satellite tribal courtroom. There will also be a large, spacious event space in the former chapel. Eventually, the tribe also plans to operate the Potawatomi Academy in the library portion of the Wgetthta building, which will provide education and job training for tribal members and other Native Americans.

Previous Project
Back to all Projects
Next Project